One day I'll tell the whole story, but seeing as we are presented with a Nogginer poetess, I thought I'd do the synopsis in verse
Welcome Angela

Is it his anniversary strum ? or did he just come to mind.Rip Chiro

Chiro was on this site before my ime...but, I have read his postings and enjoyed them. I am sure he is looking down on us all. May he rest in Peace.

I am not afraid of tomorrow, for I have seen yesterday and I love today.
William Allen White
Top

Holla wrote:or did he just come to mind

Holla wrote:or did he just come to mind

nice one Strum. It is all that we all can hope for.

I am not afraid of tomorrow, for I have seen yesterday and I love today.
William Allen White
Top

Nice one Strum. May Chiro rest in peace.

Remember this guy? Always on a Bike. Nice harmless man. 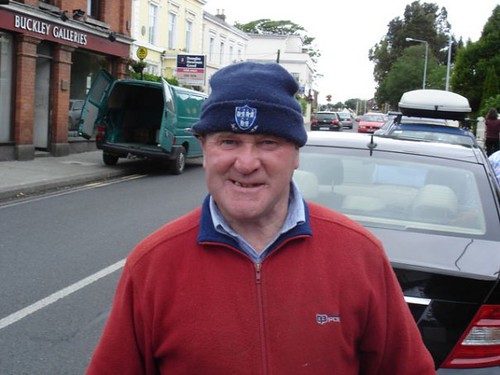 Strum..your use of that word "harmless" has really hit me. All my life I have met such gentle people who mostly got pushed around and ignored by the wannabees. They were usually the most helpful and kind people around and often came from a generation of "doffing the cap" and "speaking when you are spoke to". Simple conditions were not diagnosed nor treated.They missed out on a good education missed the best jobs and never were flush with money but, had the heart in the right place.
There was such a person in the Rock...I won't put up her name but, she was a year older than me and i knew her all my life. We started in school together and because of her eccentricities she was always badly treated by the nuns...suffice to say she had the distinction of pulling the veil off the head nun...this endeared her to me for life.In our gang she was the first to get a record player and records!oh, was she an expert on Cliff and the Beatles and in later life loved to ring the various music shows for requests..the presenters quickly learned that she was an expert and always treated her with enormous respect. She undertook some pretty menial jobs over her life but, did each of them with a broad beaming smile and a joie de vivre. She brought joy to so many. She was always first to ask "how is such and such" and spoke from the heart. She battled many illness' with quiet dignity and passed away in the Spring. To most casual onlookers she was "harmless".

bugrock wrote:Bugs went up the Hill to fetch a stolen donkey
He then ran down for his half a crown
With the knackers chasing after

One day I'll tell the whole story, but seeing as we are presented with a Nogginer poetess, I thought I'd do the synopsis in verse
Welcome Angela

We never did get that story!???

Ah sweet post Rocker. So many of these great characters who were made fun of by the general public and yet they are such great souls, without malice. Racking my brains here but I think his name is Hugo.

By the way was that you who beeped me the other day in Sallygeary?

The Story, Rocker!
Hard to name names, but needless to say it involve a friend from one of the great Dublin Houses and his donkey. He was always getting booked for parking the donkey outside the Roman Café - tied up to the old gaslight pole that was there. Cart an' all.
He came to me in great distress one night, saying the gentle folk encamped at the top of the Noggin Hill had purloined the unfortunate beast. He wanted the animal back but had not the fortitude to negotiate with the travelling perpetrators. Or he was shit scared of them!
Enter Bugs, who for once in his life developed the cojones, and successfully reinstated the status quo, at great but satisfying risk to life and limbs.

By the way, Rocker, did you get the photos of the toys and the two sad sacks playing with them?

Got those photos...but, I'm like you unsure of how to post will try one of the other more proficient members.

Love that story...you tell it so well.

Yes, that's Hugo and once seen never forgotten. He's a legend in Buckleys auction rooms, always willing to help and entertain the troops .... you have just given me the urge to head down and have a gander next week, if only just to see Hugo in action.

spudseamus
"Its good to be the King!"

As Strum said a "sweet post " Rocker ! May the sun and rain fall gently upon her resting place .

That's what's so good about this site,the goodness of the people that are on it.

Where else would you get it? Only from true Dun Laoghaire people.
We mind each other no matter how far the distance or how long the
separation.

A very nice video tribute to Bunty Phibbs on YouTube, made by Holly Dowling. Link below.

That is just lovely. I had forgotten lots of those girls. We used to go and watch them on the pier. Great dancer from Blackrock kathleen Keogh in one of those photos. Well done Holly Dowling...piece of history there.

May's Shop
Old tram poles - one with a litter bin (what's with the stripes?)
dress of the passers by.
car in the background
Wall sign for Lambs (since painted over with sign for Ritz Cafe) 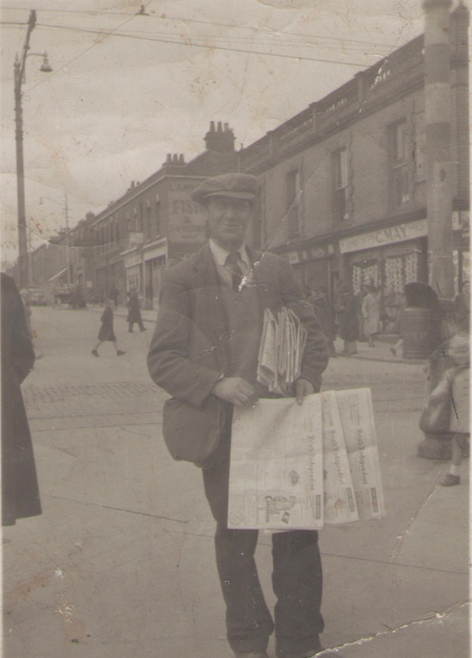 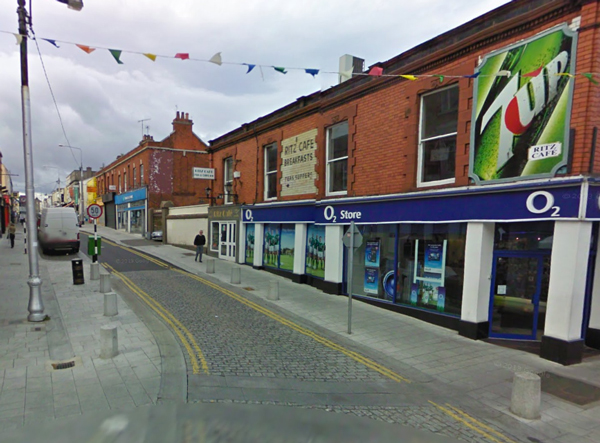 That's a great photo Micheál.
So much going on in the background. If only it was a good enough resolution to read the date on the newspaper

I remember those litter bins on the poles the little hooded top stopped the rain getting in.Great idea to put up the "now photo". Hadn't realised till now that the balustrade on top of Mays is gone...wonder when that happened??. That sign for Lambs is intrigueing me...that looks like an arrow under the lettering but, was there an alley way through from Patrick's Street to the back of Lambs on Georges Street ?? I remember horses and traps in Dún Laoghaire in my childhood.Where is that little blond today?? I wonder if a street photographer took that photo ??? or what the idea of taking the newspaper seller was??...so many questions come to mind when I see an old photo.

Return to “Famous and infamous Dunlaoghaire-ites”